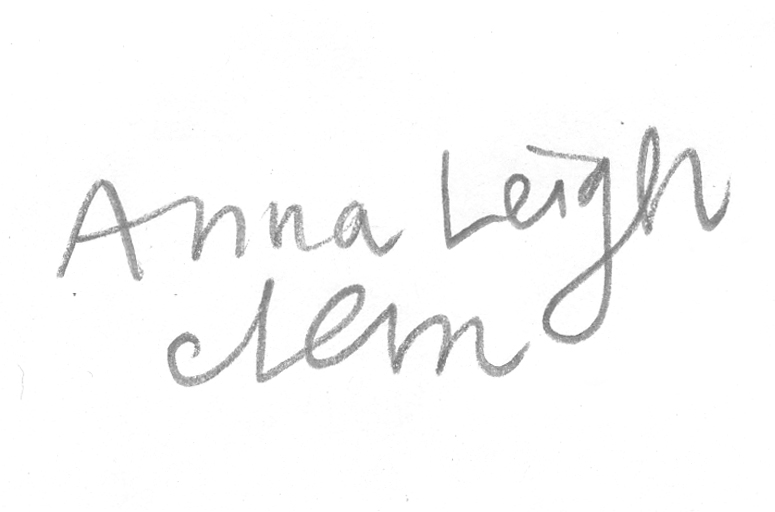 Anna Leigh Clem is a photo-based artist working with book arts, text, video, sculpture, and other media to explore and portray her longings for innocence and connection with the natural world. Compelled by the secrets inherent in memories, dreams, and childhood, her work aims to recreate these otherwise invisible realms. Clem received the Robert Elder Scholarship in 2008 and was selected as an Honorable Mention in the 2015 FotoVisura Grant. Her work has been shown both nationally and internationally, at the Center for Photography at Woodstock, Foley Gallery, Visual Studies Workshop, Camera Club of New York, Davis Orton Gallery, Griffin Museum of Photography, Month of Photography Los Angeles, GuatePhoto Festival, and Elysium Gallery. Clem has been interviewed by World Photography Organisation and JPG Magazine. She has published both trade edition books and artist’s books, several of which are held in the Beinecke Rare Book & Manuscript Library at Yale University and the Franklin Furnace Artists’ Book Collection at Pratt Institute.

As a child, Clem’s imagination was inspired by the small magical garden behind her home within the urban enclave of Hoboken, New Jersey. Some years later, she attended high school in New Paltz, New York where she discovered photography and the greater natural world. In 2012, Clem graduated from Rochester Institute of Technology with a Bachelor of Fine-Arts Degree in photography, and in 2021 received her Master of Fine-Arts Degree in photography and integrated media from Lesley University. Clem is currently based in Marblehead, Massachusetts and teaches photo and video at Montserrat College of Art.

“NET 04: I fear for my safety” group projection and print show, curators:
Nathaniel Grann and Jordan Swartz of Empty Stretch

The Center for Photography at Woodstock; Woodstock, NY August 2013

Photographers' Fellowship Fund, The Center for Photography at Woodstock

Honorable Mention for project To be oneself completely, 2015

Honorable Mention for project It will become something, 2015

Anna Leigh Clem is a photo-based artist working with book arts, text, video, sculpture, and other media to explore and portray her longings for innocence and connection with the natural world.